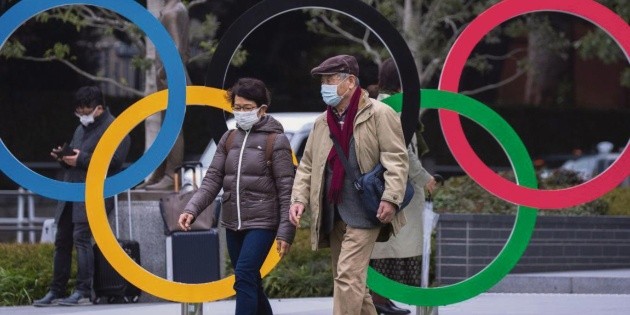 
It was the sport too. The coronavirus, as it did with the rest of the sectors, stopped its activity in its tracks and forced it to reinvent itself. Nine months later, he is still at it: looking for solutions to live, not after, but during the crisis.

An unprecedented event in history, the postponement of the Olympic Games, illustrates the caliber of the blow received in 2020. But the growing certainty that the Games will be held in Tokyo in July 2021 shows that the sport has endured and is preparing to bend the arm of the pandemic.

It was March 24, the day that IOC President Thomas Bach picked up the phone and had a long conversation with then-Japanese Prime Minister Shinzo Abe, in which both they agreed to postpone the Olympics.

“This is an unprecedented challenge,” Bach said of COVID-19. Eleven thousand Olympians had to adjust their preparation plans for Japan overnight.

By then, sports competitions in China had already been suspended, including the basketball pre-Olympic and the indoor athletics world championships, in addition to the J-League in Japan, the major cycling events, the triathlon world series, the motorcycle world championship , the motorsport, the professional tennis and golf circuits, competitions of all kinds in Italy, Spain and almost all of Europe, the NBA, the Copa Libertadores, the Champions League, the America’s Cup or the European Championship football.

The other competitions, all of them, were cascading down. In the best of cases postponed, in the worst, canceled, while the numbers of infected and dead grew throughout the planet: first in Asia, then in Europe, finally in America. The societies were confined and, with them, their athletes.

They also gave in

The Tour de France and the British Golf Open were the last competitions that resisted until April to vary their dates. Finally, the French round assumed its postponement from June to September. The British Open, for its part, definitively canceled its 2020 edition, as well as another traditional British, the Wimbledon tennis tournament.

The confinement of the population on a world scale equated the professional athlete with the amateur as never before. Both of them managed to do gymnastics on the balconies, stretching in the kitchen, roller in the living room, squats in the garage. Sales of home-made sports equipment soared.

Social networks were filled with impossible challenges: Caster Semenya beat Cristiano Ronaldo in an abs competition, Armand Duplantis challenged Renaud Lavillenie to pole vault from the garden of their respective homes, Simone Biles taught us that it is possible to take off your pants Doing the pin.

At the time, sport showed its most supportive face. Olympic champions such as the Spanish Saúl Craviotto, the Argentine Paula Pareto or the Canadian Hayley Wickenheiser threw themselves into their role as public servants; such as policemen, health workers, ambulance drivers, caretakers. Footballers like Boil Resurrección or Sergio Canales called the most veteran members of their clubs to keep them company. Marcus Rashford forced Boris Johnson to extend free food stamps during the summer to school children from the most disadvantaged families.

Hit by the virus

The competitions began to resume in June and in conditions unknown until then: with training sessions in small groups, without an audience, with periodic medical tests, without showers in the locker room.

Except for the French Soccer League, which was concluded as it had been at the time of confinement, and the Basketball Euroleague, which left the title void, like the MX League in the 2020 Opening Tournament, professional sports drew up new calendars concentrates to decide their champions. The “bubble” of NBA in Florida and the Final Phase of the Champions League in Lisboa were two examples of necessary adaptation to circumstances.

The South American qualifiers for the Qatar World Cup were moved from March to September, and then to October.

Economically, the pandemic has been a slab of still incalculable dimensions for sports.

Only the postponement of the Games of Such will suppose a overrun of about 2.7 billion dollars, on a budget of 12 thousand 969 that already goes for 15 thousand 400. The bill for the NBA “bubble” amounted to 180 million.

The clubs of the Spanish soccer league, seeing their income diminished due to, among other reasons, the lack of public, They have had to reduce the cost of their squads by 18%, a percentage that in the case of Barcelona amounts to 43 percent.

An atypical year that has put the entire sport to the test globally.