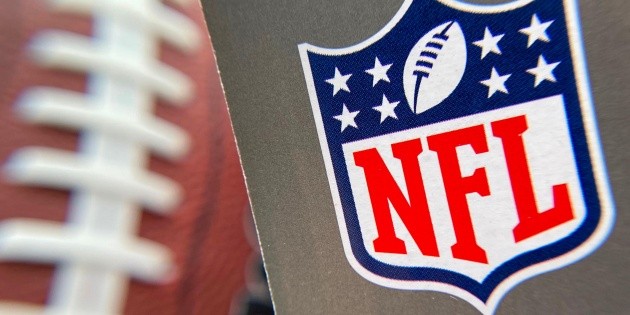 
This time of year has come when we all become “experts” in the NFL. On Sunday, February 7, for at least three hours, thousands of people will be in front of the television to watch the duel that the Tampa Bay Buccaneers and the Kansas City Chiefs will offer during the Super Bowl 2021. Some will see it for the teams and their fans to the sport, others, perhaps, to see Tom Brady try to win his seventh Vince Lombardi and of course, fans of the halftime show will be watching what The Weeknd does.

Regardless of which of these groups you belong to, we share a glossary with basic terms that will allow you to better understand the meeting.

The tight end lines up on the far side of the offensive line, on the outside of the tackle, and acts as an additional blocker on running plays or becomes a receiver when making passes.

He lines up at each outer end of the defensive line and tries to push his way into offensive backfield to pressure or capture the quarterback, or stop the running back.

Linebackers, who line up five yards behind defensive linemen, help stop the running back on running plays, fall back to cover passes on passing plays, or put pressure on the quarterback.

They are seven men or women who enforce the rules of the party. Each has specific responsibilities that cover all players, areas of the field and aspects of the games.

A catch occurs when a forward pass is completed (by offense) or intercepted (by defense) and a player who is on the field.

For a catch to be valid, the player must have:

When, after a catch / catch, a player drops the ball. Any team can recover it and the play will start from that point.

Area formed by the quarterback’s blockers to prevent defensive players from capturing him.

When the offense or the defense break any rules of the game such as passing interference, a false start or a helmet-to-helmet hit, among others, the officials throw a yellow handkerchief to indicate the foul and then signal the penalty.

It is any act that is contrary to the principles of sportsmanship, such as making fun of an opponent or the fans of the opposing team. Unsportsmanlike conduct is penalized by 15 yards.

After scoring a touchdown, the offense may choose to make a play from the defense’s two-yard line to attempt to score two additional points in lieu of the extra point.

The team wins the points if a runner carries the ball through the end line or catches it within the end zone, as occurs when scoring a touchdown. The team has only one chance to make this play.

He is generally the main ball carrier and is the quicker of the two backs lined up behind the quarterback in standard formation.

Regulatory time for all NFL games is 60 minutes of actual play and each game is divided into four 15-minute quarters.

It is the team that tries to prevent the offensive team from scoring.

If after three chances a team is not close to achieving 10 yards of advance, they will return the ball to their opponent.

The punt is made from where they have finished their third chance to the end zone.

Cornerbacks line up defensive backfield in front of wide receivers.

It is worth three points. A team scores a field goal when a kicker kicks the ball from the field of play and passes it over between the posts.

Turnover that occurs when a defensive player receives a forward pass from the offense, keeping the ball.

It is the kickoff at the beginning of each half and is taken from the kicking team’s 35-yard line.

There is one at each end of the playing field and they mark the place where the playing field ends and the end zones begin. The team in possession of the ball aims to reach those lines and cross them to score a touchdown.

He is the leader of the offense. He gathers his teammates and tells them what plays to make. During a play, he receives the kick-off from the center and tries to advance the ball into the opponent’s end zone.

It’s an automatic timeout. It occurs only in the second and the last quarter of the game just when the game clock has two minutes left.

Player who lines up 10 to 15 yards from the line of scrimmage in defensive backfield. His role is to defend against the pass, help in the running plays and, on occasions, run to the offensive box to interrupt the game.

After scoring a touchdown, the team may choose to have their kicker kick the ball over the crossbar and between the sticks (just like a field goal) to earn an additional point. The ball is thrown from the 15-yard mark.

A player in position to receive a punt may signal for a free catch. When this happens, when he receives the ball he cannot overtake it and the play is over when he catches it; the opponent cannot interfere with him or tackle him.

Teams have 40 seconds from the end of one play to start the next. If a team does not serve the ball before the end of that time, they receive a penalty of five yards for a delay in the game.

It’s the most valuable entry in the NFL – it’s worth six points. A player scores a touchdown if, while the ball is in his possession, he passes the end line and enters the other team’s end zone, or if he catches the ball within the opposing team’s end zone.

They are the lines on the ground that are used to measure distance on the soccer field. They are painted at five-yard intervals, parallel to the goal lines.

The scoring areas at each end of the field of play, bounded by the goal lines, the end lines, and the sidelines, are known as the scoring zones.