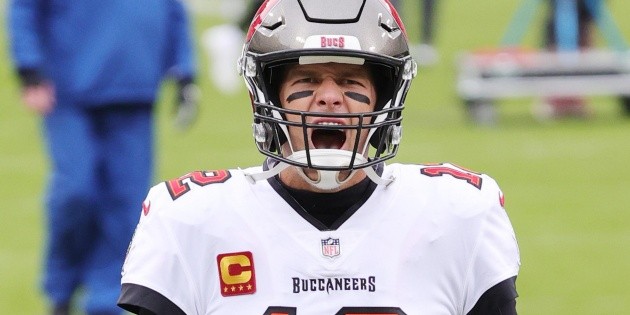 
Tom Brady is used to pressure, to being the favorite to win games and of course, he is used to winning.

The Tampa Bay Buccaneers quarterback is 18 years and 45 days older than his opponent, Kansas City Chiefs quarterback Patrick Mahomes. To that age difference we can add that this will be Brady’s tenth appearance in a Super Bowl. His six championship rings and, in addition, that he has won the Vince Lombardi trophy in consecutive years, a goal that Mahomes has this year.

But experience may not be everything. For his part, Patrick Mahomes, in what is just his third season as a starting quarterback, accumulates an award for the MVP (most valuable player) of the season, three Pro Bowl selections and of course, the championship ring he obtained with the Chiefs in Super Bowl LIV where, in addition, he was recognized as the most valuable player of the game.

In this season, the numbers give the young Chiefs the advantage. During the current NFL season, he posted a total of 4,740 yards through the air and 38 touchdown passes. Mahomes was intercepted six times.

For his part, Brady’s season was 4,633 yards passing, 40 touchdowns, but he was intercepted 11 times.

Although, if we go to the direct confrontations in the postseason the advantage is for Brady, As a quarterback for the Patriots, he eliminated the Chiefs in the AFC championship game of the 2018 season.

Due to the style of play of both teams, this duel is expected to be one of the most offensive.

During the week leading up to Super Bowl 2021, during various engagements with the press, Tom Brady and Patrick Mahomes exchanged compliments.

First, during Super Bowl media day, Tom Brady talked about the many talents he sees in his opponent:

“They have incredible vision of the field of play. He knows exactly when to get rid of the ball. It’s amazing how he plays inside the bag, “and he also said that” he has that strong arm that I had when I was a little younger. He has that athletic ability to extend the play. He has all the physical and mental tools and if you ask me, he’s going to be in this game (the Super Bowl) many more times. “

For his part, Mahomes assured that Tom Brady, at 45, “seems to improve every year. It is incredibly surprising to see him play and it is fantastic to face him because you know you are going against the best.”

The Chiefs quarterback also appreciated the motivational words that Brady gave him in that conference championship game in which he lost to the Patriots.

“Brady told me he respected what he was doing, how he was playing.”

This talk, he said, helped him “keep improving every day” and the following year he managed to reach his first Super Bowl and win it. “

When will the Super Bowl be?

The match between the Tampa Bay Buccaneers and the Kansas City Chiefs will be played next Sunday, February 7 at Raymond James Stadium.