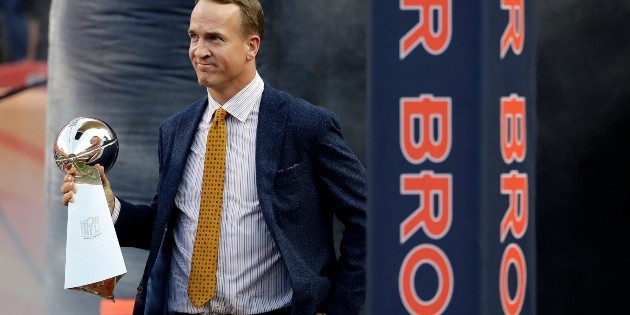 
Despite being overshadowed by other players in the record book, Peyton Manning’s footprint in the NFL will be more than present throughout 2021 and beyond.

Manning, champion with Colts and the Broncos, heads the 2021 Class of the Hall of Fame, after confirming his place in Canton in your first year of eligibility. Charles Woodson, who made a career with the Raiders and Packers, as well as Calvin Johnson, who terrorized perimeters wearing the Lions uniform, were also exalted at their first opportunity.

When Peyton Manning retired after leading the Broncos to the Super Bowl 50 title, he did so as the all-time leader in cumulative passing yards (71,940) and touchdowns (539), as well as being in the conversation among the best of all time in his position.

Manning lost in the Trophy vote Heisman from 1997 before Woodson, who spent almost two decades trying to stop him and did not intercept a pass until the last confrontation between the two. For Johnson, also known as Megatron, it took his nine years of excellence playing receiver to earn a place among the immortals.

They are joined by Alan Faneca, a guard who reached nine Pro Bowls and only missed one game in his 13-year career with the Steelers, Jets and Cardinals, as well as John Lynch, who punished on the perimeter of the Buccaneers and Broncos. was also selected.

Drew Pearson, receiver with Cowboys Y Bill Nunn, who worked for 46 years as scout of the Steelerswill also be part of the Canton.

Similarly, after years of being omitted, Tom Flores, of Mexican descent and who owns four Super Bowl rings, including two as the Raiders head coach by becoming the first minority coach to win a title, will have also his place among the immortals.

The winners of the year

For the third time in his career, Aaron Rodgers, quarterback for the Green Bay Packers, won the NFL Most Valuable Player (MVP) award.

Rodgers had what was perhaps his best season in a 16-year career, leading Green Bay to a 13-3 record, the best in the NFC, and months after his continuity and good standing was called into question after the The Packers will take on young quarterback Jordan Love in the first round of the 2020 Draft.

He led the league with 48 touchdowns and 70.7% of completions, in addition to a 121.5-point rating, being intercepted only five times.

“It is very special to have won it in my fourth year as a starter and then in my 13 year starting under a new offense, it is something wonderful and of which I am very proud,” he said. “To have sustained success and to be able to play at my best at age 37 and in my 16th season is something that I am proud of,” he concluded.