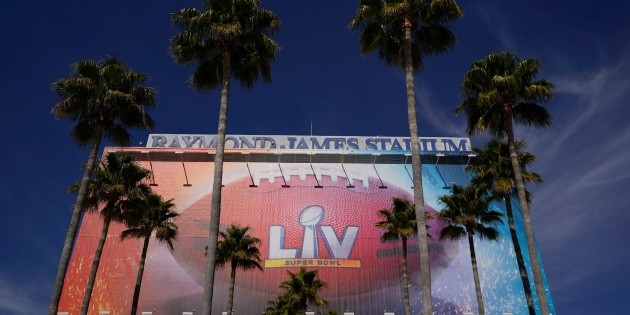 
This afternoon the Super Bowl 2021 between the Tampa Bay Buccaneers and the Kansas City Chiefs and will mark the end of a season that, for many, seemed impossible to do.

Since the outbreak of the COVID-19 pandemic in the United States was announced, with the cancellation of massive events around the world, the NFL did what it does best: adapt.

To play this season, the NFL invested a large part of its resources, both financial and human, to learn more about the virus. They performed daily tests on their players, coaches and other team members.

The NFL, through its contact tracing programs and seasonal testing, found that transmission of the coronavirus occurred in less than 15 minutes of cumulative interaction.

During the month of September, the league encountered its first serious case of coronavirus. The organization of Tennessee Titants they showed more than 20 positive cases between players and their staff.

By October there were more than 41 cases in the league.

The key against COVID-19: less than 15 minutes

These cases occurred following the protocol for the use of masks, contact time and ventilation in the places, which led them to discover that the time necessary for transmission is less than 15 cumulative contact minutes. That is, unlike what was thought, it is not enough that people do not stay in the same place for 15 minutes at a time, it should not exceed 15 minutes in total.

According to research published jointly by the NFL and the Centers for Disease Control and Prevention (CDC), the scientists who participated in this research conclude that:

“In the NFL, the transmission of COVID-19 was identified in people with intensive protocol focused on environmental change, increased personal protection, prevention of high-risk interactions such as carpooling, eating in the same room or common areas, and expansion components of contact tracing to incorporate high-risk contact designations.Although the protocols implemented by the NFL were resource intensive, strategies such as accounting for the specifics of close contact, as well as time and duration, and creating an intensive protocol are applicable to other settings, including essential workplaces, long-term care facilities and schools. “

The NFL decided to make this research public so it can be used in a protocol for schools and other crowded spaces to mitigate the spread of the virus.