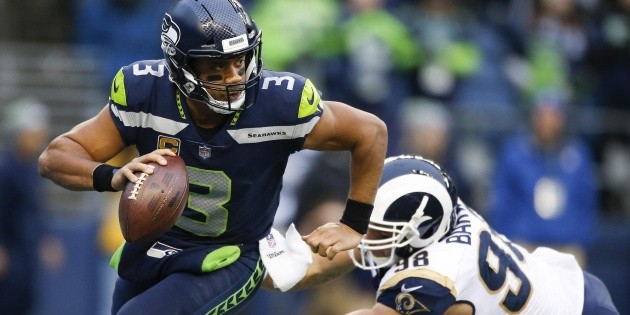 
Seattle Seahawks quarterback Russell Wilson said Thursday that he never requested a trade and that he believes his conversations with head coach Pete Carroll and general manager John Schneider have strengthened his relationship with the team.

Wilson He spoke publicly for the first time since February, when a series of comments on his part led to speculation and a growing furor about his future with Seattle.

Wilson repeatedly said that winning is the ultimate cure for any bad taste in the mouth and that any grudges with the team are long gone.

“We are on the same page. We are here to do what we are supposed to do, and that is win it all,” said Wilson.

“I’m excited. I’m excited about the players we have, excited about where we are. The relationship with Coach Carroll couldn’t be stronger. Like I said before, my only focus is on winning. Winning means everything to me.”

But evidently the frustration over the team’s performance had been mounting, sparking a preseason storm that began after Wilson saw Tom Brady add another Super Bowl title in February.

“At the end of the day, you don’t want to be sitting around watching that game. You want to be there and play it, especially when you’ve already played it twice.”

Seattle won his only title of Super bowl makes eight years, and seven years have passed since the last time Seahawks they won the NFC.

Seattle hasn’t made it past the divisional round of the playoffs since, and last year they were eliminated in the wild-card round by the divisional rival Rams in Wilson’s first career postseason home loss.

Wilson’s previous comments came after questions arose as to whether the Seahawks were doing enough to present a winning team around them.

He specifically mentioned his offensive line as he was tired of taking so many hits.

The conjecture reached a boiling point when Wilson’s agent, Mark Rodgers, told ESPN that his client had not requested a trade, but named four teams – Las Vegas, Dallas, Chicago and New Orleans – that he would be willing to trade for. override a clause in his contract that prohibits him from being sent to another team.

“There were all these things about him asking for a trade and that’s not true. I didn’t request a trade, and I think that’s where it all came from,” Wilson said.

“And then obviously a lot of teams called, and I think the reality is I didn’t want to go anywhere else. I wanted to play in Seattle. But if I had to go somewhere else, those would have been the teams I would go to. , or would consider “.