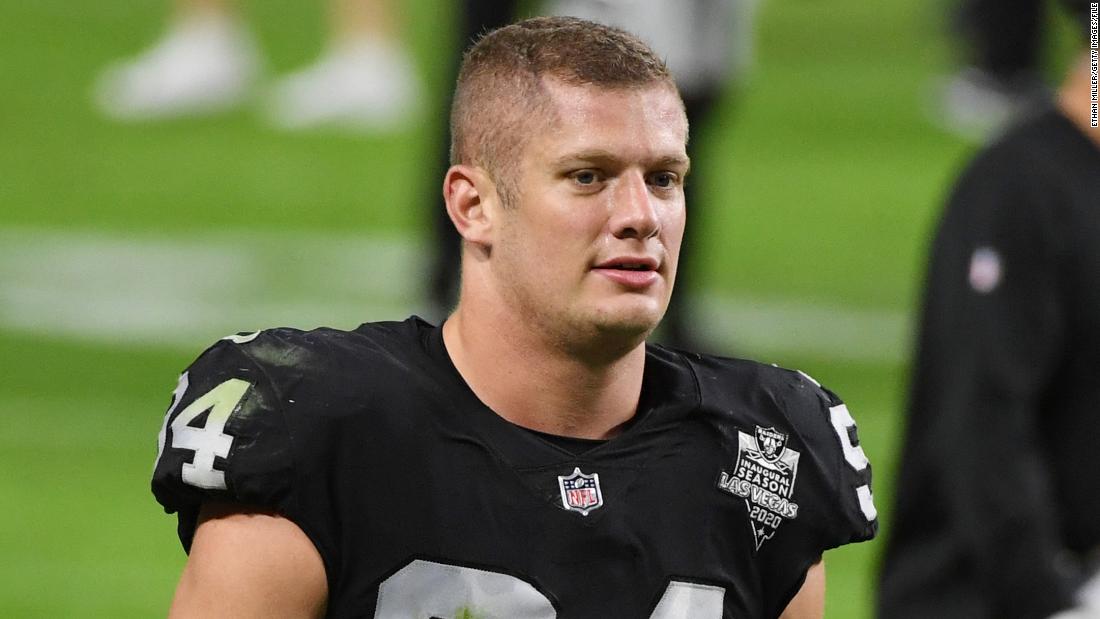 (CNN) – Carl Nassib, defensive lineman for the Las Vegas Raiders, is the first active player in NFL history to announce that he is gay.

“What’s up people?” Said Nassib on Monday in a video on Instagram. I’m Carl Nassib. I am at home here in Westchester, Pennsylvania. I just wanted to take a quick moment to say that I am gay. I’ve wanted to do it for a while, but finally I feel comfortable enough to tell it.

The 28-year-old Nassib played for five years with three different teams and is entering his second season with the Raiders. The lineman said in a statement accompanying the video that for 15 years he had agonized over the decision to announce that he was gay.

He also added that he is a private person and that he does not seek publicity.

“I just think representation and visibility are very important,” he said. “In fact, I hope that one day videos like this and the whole process of publicizing that one is gay will not be necessary. But until then, I’ll do my best and do my part to cultivate an accepting, compassionate culture. “

Nassib said he will donate $ 100,000 to Project Trevor, a suicide prevention and crisis intervention organization for LGBTQ youth.

Jason Collins, who was the NBA’s first openly gay player with the Brooklyn Nets in 2014, encouraged Nassib on social media.

Very proud of Carl Nassib! Incredibly happy for him and can’t wait to see him play next season! ”He tweeted.

“Carl Nassib’s powerful message is a historical reflection of the growing state of LGBTQ visibility and inclusion in the world of professional sports, which has been fueled by a long list of courageous LGBTQ athletes who preceded him,” Ellis said in a release.

“As an accomplished athlete who is now the first active gay player in the NFL, Carl Nassib’s story will not only have a profound impact on the future of LGBTQ visibility and acceptance in sports, but it sends a strong message to many LGBTQ people. especially young people, that they too may one day become professional athletes and be successful like him, ”he added.

In 2014, Michael Sam was the first openly gay player to be selected in the NFL draft when the St. Louis Rams selected him in the seventh round as the 249th pick. The Rams dropped Sam just before the season began. .

Sam signed with the Dallas Cowboys practice roster, but was never on the active roster. They took it out after six weeks.

In 2015, he appeared in a game with the Montreal Alouettes of the Canadian Football League before leaving the team.