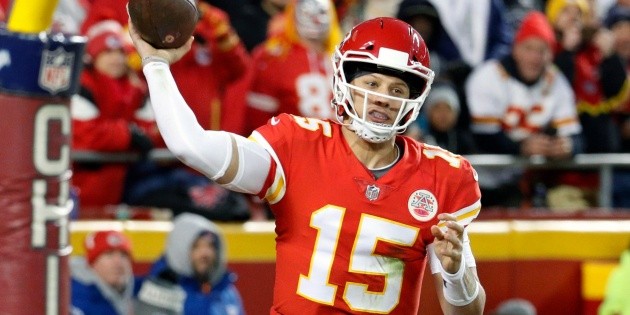 
The regular season of the NFL is about to start and although for many that implies the excitement of watching the team they follow play, for others it is the ideal time to become owners and coaches of their own franchise, all thanks to the experience of ” NFL Fantasy Football “.

Before doing the draft to select your team, here We present some recommendations for you to achieve the best season and become the leader of your league.

Mauricio Gutierrez has been a Fantasy Football analyst for eight years; four years as a full-time job through his blog statisticalfantasy.com and right now generating content for the NFL in Spanish and shares his recommendations for those who want to start in this activity.

What is NFL Fantasy?

In the most fundamental part, Fantasy is a game that depends on numbers and mathematics. To become players for a team and that depending on what they do on the pitch they give you points.

Usually leagues of between 10 and 14 participants are created that can be between your friends, family or on platforms that allow you to access public leagues.

How do you play?

In most leagues you play with:

6 players on the bench.

The people who make up the league set a date to put together their “draft” and select their players.

In what order should the players on an NFL Fantasy team be chosen?

Mauricio assures that one of the most important things that you should take into account is know your league’s scoring system as this will be key to determine the order in which you select your team:

“I usually tell them to focus on the Running Backs and Wide Receivers positions, that’s the backbone of a Fantasy team. I usually wait for myself to choose Quarterback and Tigh End because it is a question of supply and demand. Only 12 NFL QBs are going to start on league teams while those spots range from 24 to 36 ”.

Although many times people are influenced by the big names in the leagues, such as Patrick Mahomes or Tom Brady, in reality QB’s position can wait.

“Whenever that happens, someone selects a quarterback in the first round I think ‘I think I don’t know something about the scoring system in this league’ because it is usually a very deep position, speaking of supply and demand. I’d pick from round six on. “

What to take into account when choosing your players?

Attack player: “In the QB it is talent, it is opportunities, attempts to pass and the weapons that it has around it, something very important is to look for one that can run, that can give you points with the legs. In a normal scoring system, they give you 1 point for every 25 yards through the air and the annotations through the air are worth 4 points, while on the ground, for every 10 yards they offer you one point and a touchdown gives you 6 points, there is a advantage”.

Running back: “Here everything is opportunity; In Fantasy those are the carries and targets they may have. The longer the runner has the ball in his hand, the more likely he is to generate touchdowns and points.

Wide receivers: “In the receiver position, the talent does bring a greater amount of utilization, the same happens with the Tigh ends”

How to maintain your Fantasy team during the season?

In Mauricio’s opinion, fifteen minutes a day is enough to maintain your Fantasy equipment.

“Sometimes when they ask me, ‘Doesn’t it take a lot of time?’ Leagues to check injuries, the status of each player, with that you have.

Take advantage of the ‘Waivers’ and the ‘Trades’

A key to keeping your team competitive during the season is to take advantage of the tools offered by the league to exchange or get new players such as “waivers” and “trades.”

Exemptions: It’s the process by which Fantasy teams are made from players who are in free agency and are released on Tuesday nights. For this you must be very aware of the use of the players, if you see that a player in free agency can keep the position, it is the one you want to get.

Trade winds: They are the exchange that you can do between the same players in the league. Mauricio recommends that people be encouraged to do it more and that it should be done based on the needs of both teams involved, it should be a “win, win”.

How to join Fantasy Football?

There are several applications and pages where you can start your league, but the most popular is that of “NFL Fantasy”

3.-Create or join a league. Your friends can send you a link with the invitation.

5.-Participate in the draft and select your players.

Before and during the season we recommend you follow Mauricio Gutiérrez on his different platforms: