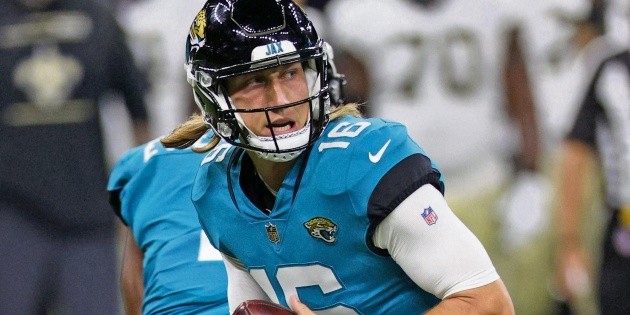 
Trevor Lawrence will be the starting quarterback for Jacksonville at the start of the season on Sept. 12 in Houston, one of the least decisions surprising in the history of the franchise.

“You can capitalize it if you want. Underline it, ”Meyer said.

Lawrence, the top pick in the 2021 Draft, and Minshew, the starter for two years with Jacksonville, shared duties with the first team at the start of the preseason. Meyer wanted “healthy competition” at every position, including quarterback.

However, anyone who was not in Minshew’s environment took it for granted that Lawrence was going to be the starter against Houston. Lawrence was the top pick, the best college prospect in nearly a decade, and he looked better than Minshew in most of the camp.

Meyer also indicated that Lawrence will start in the last preseason game against Dallas on Sunday.

“It really doesn’t change anything,” Lawrence said. “I still have the same responsibility, I have to improve, individually, as a team, as an offense. I am excited to continue working this week ”.

Lawrence has completed 20 of 32 passes for 184 yards in two exhibition games, both defeats. He started every game, was sacked three times and led the offense to just one field goal in six series.

The Denver Broncos settled on stability over showmanship.

Coach Vic Fangio informed the team on Wednesday that Teddy Bridgewater had overtaken Drew Lock, last season’s starter, in the fight for the quarterback job.

For most of training camp, the quarterback showdown was uncertain, as no quarterback had stellar performances from one day to the next, and sometimes from one rehearsal to the next. But they improved their performance in beating victories in exhibition games against Minnesota and Seattle.

Covid outbreak in the cowboys

The Dallas Cowboys yesterday added two players to their list of six infected with COVID-19. The new positives are offensive lineman Connor Williams and safety Damontae Kazee. Also on the casualty list is defensive coordinator Dan Quinn. Carlos Watkins, CeeDee Lamb and Malik Hooker are the others affected.

Two finalists to the hall of fame

The late catcher Cliff Branch, a three-time All-Pro, and former Super Bowl-winning coach Dick Vermeil were named finalists for the Class of 2022 Professional Football Hall of Fame. Branch was selected as a senior finalist (over 30 years retired) and Vermeil as a coach.