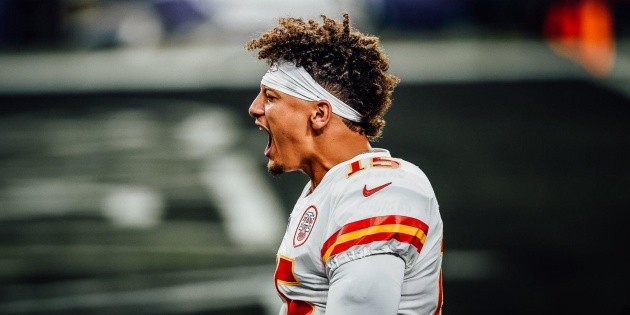 
Super Bowl? The first week of a season can be cruel. Especially for those teams that believe that by starting all from the same point they will also arrive at the same place. Nothing further from reality.

The NFL is a league that does not forgive shortcomings, injuries or bad decisions, it is relentless and charges dearly for any mistakes. It is also a league that rewards well-planned processes, preparation, and execution.

At the end of the day it all comes down to two words: contenders and suitors.

The contenders are a group of, perhaps 10 teams, with real aspirations to reach the Super Bowl and ultimately add a Lombardi to their windows.

The suitors are, well, everyone else. Some with different expectations and who are aware that their success is defined in progress and not in the playoffs. Others, reality will hit harder.

The list obviously begins with the defending champion. When you have Tom Brady at the controls it cannot be otherwise. The Buccaneers enter the new season in a unique position by counting back the 22 starters that gave Tampa Bay the second Super Bowl in its history. If it worked once, it doesn’t have to work a second time.

It is difficult to repeat as champion, but Brady knows the way. No one has since Brady led the New England Patrios to back-to-back titles in 2003 and 2004.

“We have to create our own future, and that is a matter of attitude, commitment and preparation,” Brady said. “Nothing that happened last year will carry over to this year. It is a completely new challenge.”

On the other hand, the Chiefs have clearly established themselves as the best team in the AFC with Patrick Mahomes behind center. Two consecutive Super Bowl appearances are the only evidence needed to back up that argument. With a fearsome offense and a timely defense. It will take a major surprise for some other AFC team to change that perception.

Reigning MVP Aaron Rodgers led the Packers to the NFC final for the second year in a row. But a turbulent preseason that threatened to escalate to divorce distracted attention from the sporting side. Rodgers has said it is his “Last Dance” in Green Bay. Michael Jordan concluded his with a title. Will A-Rod be able to do the same in “Titletown”? The pieces are undoubtedly there.

“We all know the stakes,” Rodgers said.

Led by Josh Allen, the Buffalo Bills made a huge leap to the Super Bowl run-down last year, when the team scored its first playoff victory since 1995. For the new season, the Bills added interesting pieces from both sides. on the ball in hopes of bridging the gap to the Chiefs and perhaps avenging the loss in the Conference Finals.

Last year, the Bucs became the first team to play, and win, the Super Bowl in their own home.

Now, the Rams want to repeat the trick.

With Aaron Donald and the best defense in the NFL, anything is possible, especially now that the team has acquired quarterback Matthew Stafford to power an inconsistent attack. Sean McVay has led Los Angeles to the playoffs in three of his four seasons and now with a more complete roster, he has no excuses.

There’s a huge contingent of teams looking ready to step up, whether it means postseason prominence, a playoff spot, or perhaps the dark horse tag. They are sets full of talent and weighed down only by a couple of questions. In the NFL you don’t need much more.

The Browns, for example, seem to have all the pieces in place, but in today’s NFL they will only go as far as Baker Mayfield can take them. It’s too much to ask. In San Francisco the situation is similar and the question will persist until coach Kyle Shanahan decides on a passer. Will it be Jimmy Garoppolo or rookie Trey Lance?

Seattle, meanwhile, has a fearsome offense under Russell Wilson’s command, though its defense is a long way from helping the cause. The case is identical to that of Dallas with a defense that threatens to be an obstacle rather than a conduit for an attack that has all the ingredients to be spectacular.

“I think we can be the number one offense in football, somebody tell me otherwise. We’re going for it and we’re done,” Wilson said.