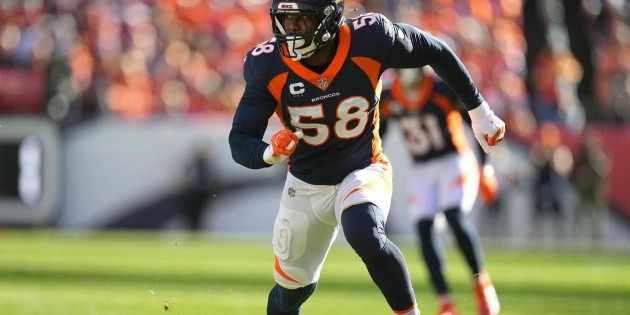 One of the NFL’s defensive stars, Von Miller, will be traded by the Denver Broncos to the Los Angeles Rams for two draft rounds in 2022, as reported by the US media this Monday.

The Broncos will send the linebacker, selected eight times to the Pro Bowl (All-Star Game), in exchange for a second and third rounds of the 2022 Draft, detailed ESPN journalist Adam Schefter.

With this operation, later confirmed by other means such as The Athletic Y NFL Network, the Rams prop up one of the league’s most fearsome defenses.

The Rams currently occupy the second position of the West division of the National Conference with seven wins and one loss, tied with the leader, the Arizona Cardinals.

Von Miller, 32, He is one of the best players in the history of the Broncos, with whom he was champion and MVP (Most Valuable Player) of the Super Bowl of the 2015 season.

The Broncos are located in third place in the Western Division of the American Conference, with four victories and four defeats.