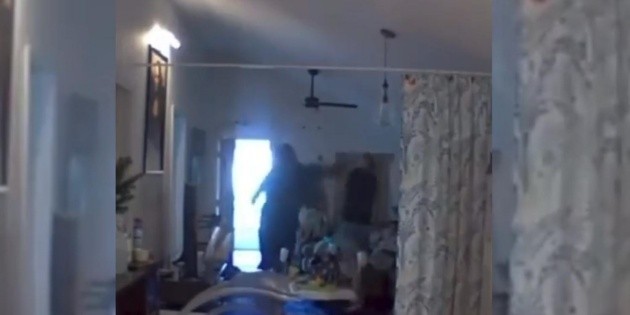 Zac Stacy, a former NFL player, was arrested on Thursday at the Orlando International Airport, Florida, after a video circulating on social networks in which his capture was ordered. In the recording, he is seen hitting the mother of his five-year-old son, reported the police.

According to the Orlando Sentinel newspaper, the former football player came to Orlando from Nashville, Tennessee, and he was taken directly to the Orange County Jail.

Oakland, Florida police had asked him to turn himself in. He had been wanted for a few days after a complaint was received against him made by the woman whose identity has not been revealed.

According to the arrest warrant, the Oakland police officers went to the home of the victim after the complaint, where they found her with her clothes torn and food in her hair.

The video was obtained from the home security cameras. In it you can see Zac Stacy hitting the woman, throwing her to the ground, picking her up and then throwing her against a television.

The ex-runner #ZacStacy, was recorded attacking the mother of his son, with the little 5 years in the room present.

The video, which went viral on RRSS, can be seen when the former NFL player grabs the lady and throws her against the wall.


The video has been shared by thousands of users on social networks.

Who is Zac Stacy?

Zac Stacy is a Former football running back, 30 years old. He was selected by the St. Louis Rams in the fifth round of the 2013 NFL Draft. He played college for Vanderbilt. He also played for the New York Jets, Saskatchewan Roughriders, and Memphis Express.