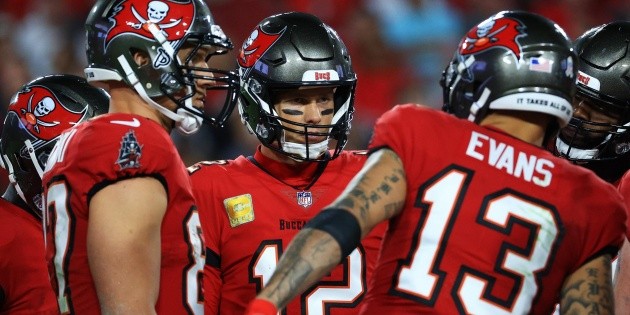 Quarterback Tom Brady threw for 307 yards and two touchdowns and the Tampa Bay Buccaneers they beat the New York Giants with a 30-10 marker in Monday night’s game in the NFL.

The Buccaneers (7-3), Super Bowl champions, snapped a two-game losing streak when Brady avoided losing three in a row for the first time since 2002.

Quarterback Daniel Jones threw a TD pass to left tackle Andrew Thomas and the Giants (3-7) stayed close for half of the game.

However, Brady then connected with catcher Mike Evans on a 5-yard touchdown pass to extend the lead to 24-10 in the third quarter.

Evans became the historical leader in touchdowns for the Tampa Bay Buccaneers with a TD reception in the second half of the Week 11 game.

With a 5-yard Brady pitch at 7:31 of the third period, Evans accumulated the figure of 72 touchdowns forever, all for Tampa Bay, the team that selected him first-round in the 2014 draft.

Brady completed 30 passes in 46 attempts with a interception. The all-star quarterback improved his personal record against the Giants to 6-1 in the regular season, including games when he played for the New England.

He also lost two Super Bowls to New York, including one that prevented New England from having a perfect season on that occasion.

The seven-time Super Bowl champion leads the NFL with 29 TD passes on the season and is second in passing yards with 3,172.

Brady connected with Gronkowski eight times, six of them for an excellent 71 yards total.