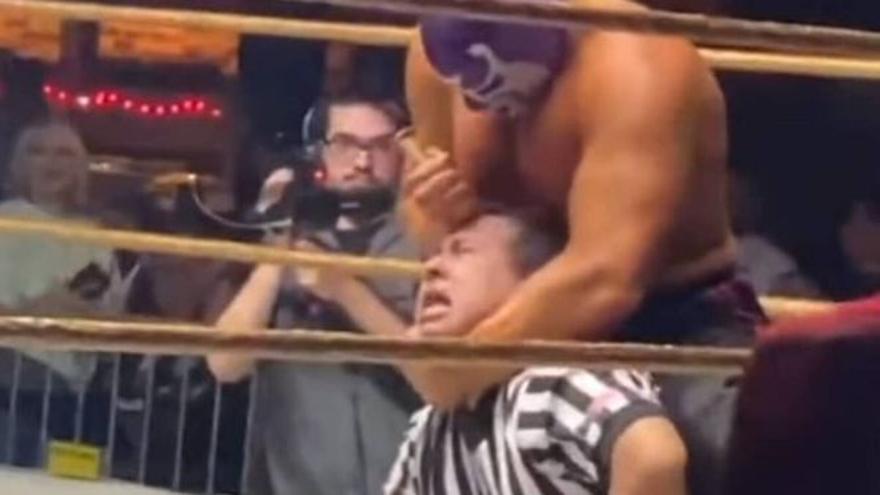 Devon Nicholson is a well-known ‘pressing catch’ fighter who will go by his stage name: Hannibal; On the other hand, in the last hours he has starred in a controversy from which it will be very difficult for him to recover. This athlete has stabbed in the head the referee, Lando Deltoro, during his last match at the World Class Pro Wrestling Christmas Star Wars held in Irving (Texas).

Lando Deltoro lost consciousness after the attack, so the medical services tried to stabilize him at the scene, and immediately transferred him to hospital due to the serious injuries he suffered. There they were stapled and made complementary tests to rule out deeper injuries.

It was then that they explained that he had just suffered hypovolemic shock, an emergency condition in which severe blood loss causes the heart to be unable to pump enough blood to the rest of the body. If it had not been treated urgently, many organs would have stopped working, leading to a dreaded and fatal multi-organ failure.

This was made for “The Ref”
Land Deltoro aka @Elcucuyfeo https://t.co/6XoYE476U1

Hannibal claims that these injuries are a direct consequence of his show, and that at no point did the referee tell him to stop; On the other hand, the Police assure that Lendo Deltoro would have collected money to pose as a referee, fight Hannibal and have him hit him on the head as it happened.