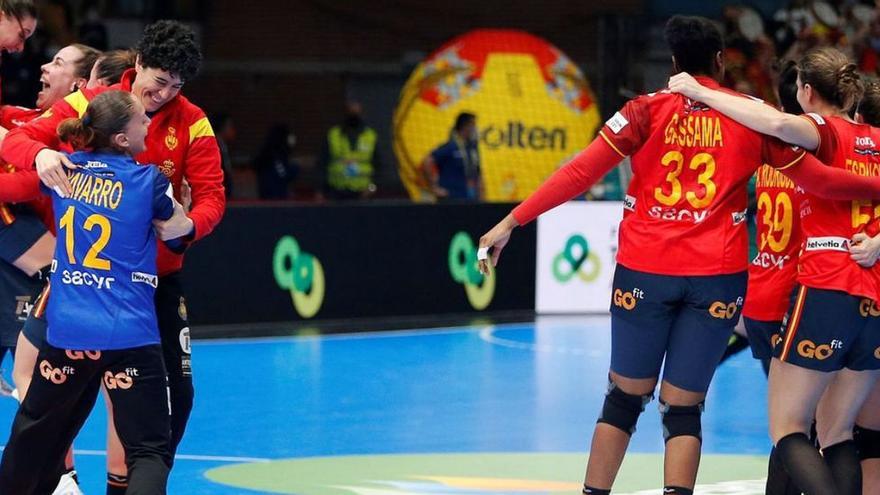 The Spanish women’s team from handball will try to close this Sunday (Teledeporte, 14:00) its journey in the World Cup in Spain with a bronze medal, in a match before Denmark From which the team that recovers before the blow of being left out of the grand final will be the winner.

In this sense, the Spanish team seems to have a small advantage over Denmark that ended up devastated after seeing the victory slip away from them. France in a semi-final duel that the Nordics dominated for fifty minutes.

Much less lasted the resistance of the Spanish team that could only follow during the first half the rhythm of the almighty Norway.

“We do not have time to think about the defeat. We have to recover and focus on the final that we have this Sunday against Denmark,” said Spanish coach José Ignacio Prades after the defeat against the Norwegians.

But mental strength will not be the only key in a match in which the “Guerreras” must avoid the turnovers and, above all, the errors in the shot that condemned them against Norway.

And it is that if the Norwegian goalkeeper Katrine Lunde became an insurmountable wall for the Spanish players in the second half, against Denmark those of Prades will find the two fittest goalkeepers: the sensational Sandra Toft and Althea Reinhardt.

A circumstance that will force the “Warriors” to specify their throws like never before, if they do not want to give wings to the fast counterattack game of the Danish team, which has its starting point in the saves of Toft and Reinhardt.

The match for the bronze can be seen on Teledeporte from 2:00 p.m. The final will be played next, at 5:20 p.m., between Norway and France.