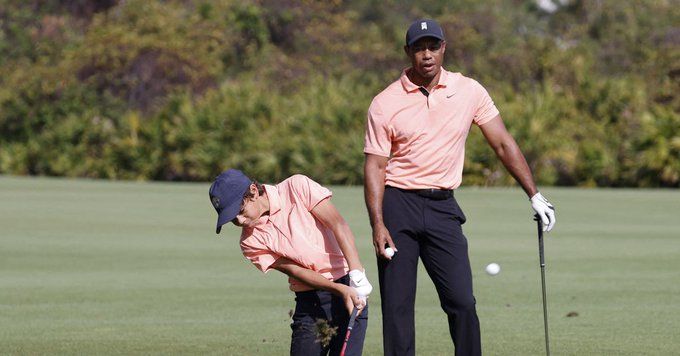 The American Golfer Tiger Woods acknowledged that it was a “wonder” to play the game again. golf, after the traffic accident which he suffered in February and seriously injured his legs.

“Charlie and I had a blast playing together again, playing with the Thomas family; again, we’re extremely close so it was a bunch of fun there,” Tiger said. Team Woods will tee off at 10:46 am ET with Team Kuchar. – TGRhttps://t.co/59Q9wORpbU

Woods played in the tournament alongside his 12-year-old son Charlie, who showed self-confidence and good technique this weekend. The 15 Major winner showed some glimpses of brilliance, although he was seen to be tiring at times.

“I’m tired. I’m not in shape. If you don’t have the stamina, you start to slow down. As I explained to you in the Bahamas, I have no stamina. I haven’t played. This is, what, my fourth, fifth competition in the whole? year? I have no resistance, “admitted Woods.