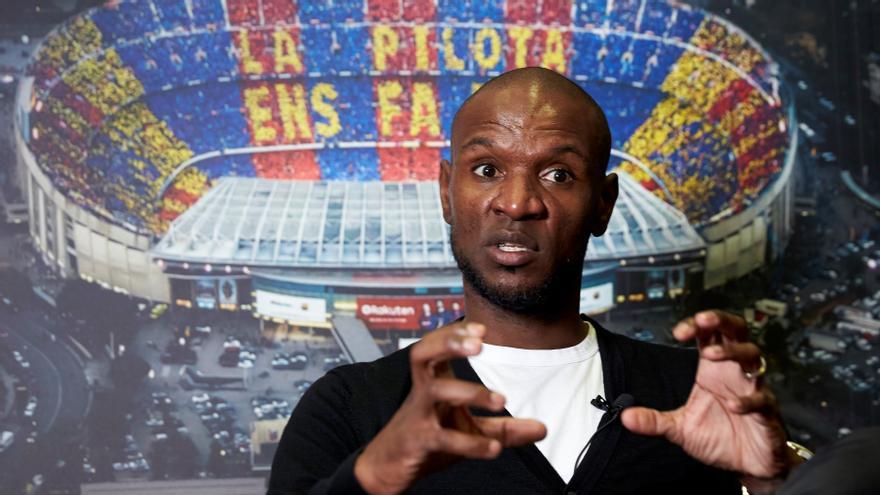 The former player and former sports director of Barcelona Eric Abidal testified Tuesday as a witness before investigators trying to clarify the attack on the player of the París Saint Germain (PSG) Kheira Hamraoui, with whom it is presumed that he had a relationship when both were in the Catalan capital. The information was revealed by the newspaper L’Équipe, which stated that the wife by Abidal, Hayet, had given testimony a day before.

The Versailles Judicial Police questioned Abidal specifically about his relationship with the player, who was beaten by an unknown person with an iron bar on November 4 at night in the town of Chatou, on the outskirts of Paris.

The former French international had recognized days after that attack on the soccer player that he had had an intimate relationship with her. Hamraoui and Abidal coincided in Barcelona, ​​since the player – who is now 31 years old – was at Barça from 2018 to June 2021 and the ex-footballer (42 years old) was a Blaugrana sports director between 2018 and 2020.

The police officers working on the investigation discovered that the soccer player’s cell phone carried a card in the name of Abidal. In addition, both Hamraoui and his PSG partner Aminata Diallo, who also witnessed the attack, reported hearing that the assailants who attacked the first time said: “So what happens? Are we sleeping with married men?”

A phrase that some have interpreted as an allusion to the former sports director of Barcelona and that also generated rumors about a possible involvement in the action against Hayat Abidal’s player. However, his statement was as a witness, not as a defendant, as he wanted to make clear on his Instagram account.