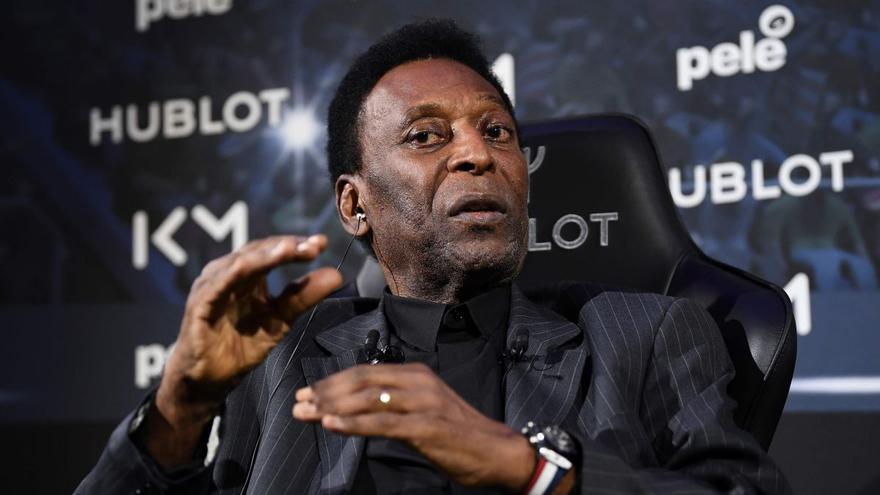 The Brazilian star Edson Arantes do Nascimento ‘Pelé’ received this Thursday the medical discharge after about two weeks admitted to a Sao Paulo hospital, and will continue treatment against tumor de colon which was detected in September and for which he has already been operated.

“The patient is stable and will continue treatment for the colon tumor, identified in September this year,” announced the bulletin from the Albert Einstein Hospital in Sao Paulo, where the 81-year-old former soccer player had been hospitalized since the second week of December.

The triple world champion with the canarinha (1958, 1962 and 1970) had come to the clinic to undergo the last chemotherapy session of the year and, in addition, to another series of exams to find out his state of health.

Pelé was hospitalized in that same clinic on August 31 for routine examinations that he had postponed due to the coronavirus pandemic and in which a tumor was detected in the colon, which he underwent surgery days later.

He was discharged after a month in hospital and from there began chemotherapy treatment, to which, according to the doctors, he reacted “satisfactorily”.

As on that occasion, Pelé has left a message on his social networks over the last two weeks to reassure his followers.

“Don’t worry, I’m just getting ready for the end of the year holidays!” He said with good humor a few days after being hospitalized again this month.

Pelé’s health has deteriorated in recent years due to spinal, hip and knee problems that have reduced his mobility and forced him to undergo surgery, as well as suffering from some kidney crises.