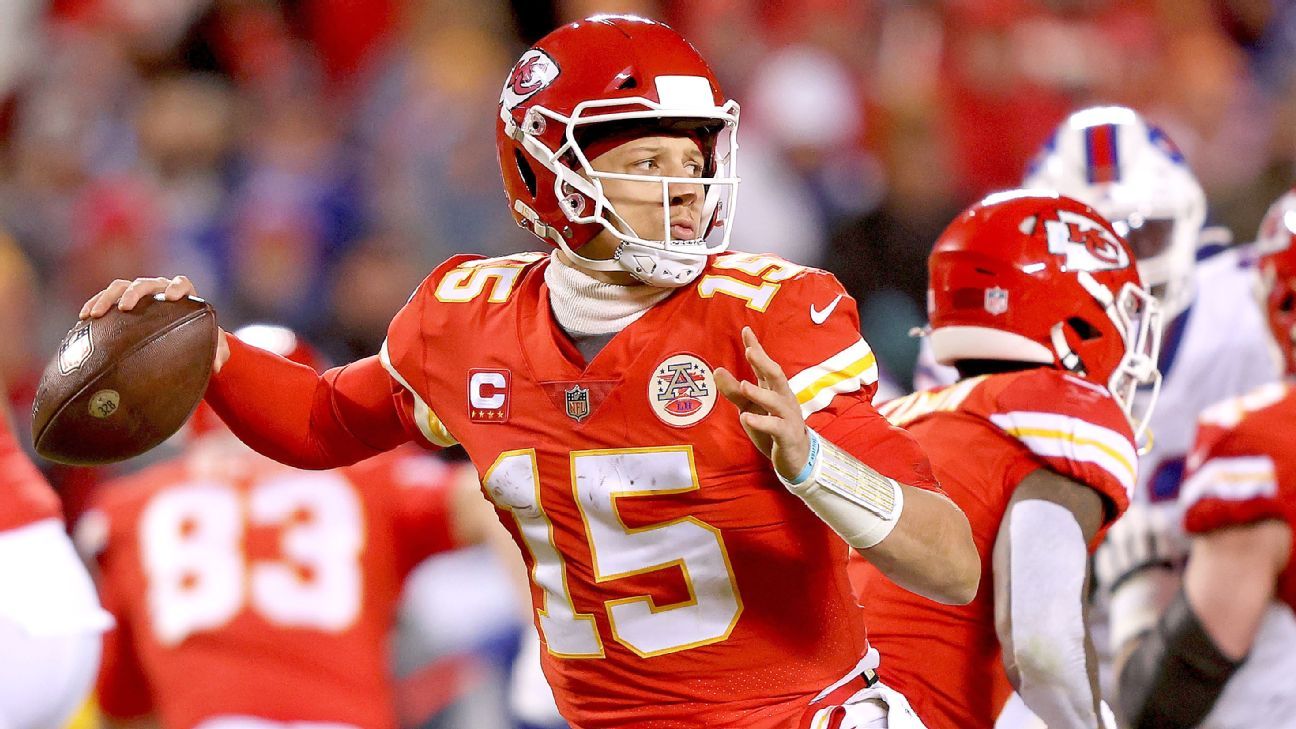 KANSAS CITY, Mo. — The Buffalo Bills and Josh Allen someday might beat Patrick Mahomes and the Kansas City Chiefs in the playoffs. But for now, Mahomes and the Chiefs have the solutions for Allen and the Bills in the postseason.

The Chiefs beat the Bills 42-36 in overtime on Sunday night at Arrowhead Stadium in the divisional round of the playoffs. Mahomes also outdueled Allen in last season’s AFC Championship Game victory over the Bills that sent the Chiefs to Super Bowl LV.

Mahomes will face another young quarterback challenger, Joe Burrow, next Sunday when the Chiefs face the Cincinnati Bengals in the AFC Championship Game, also at Arrowhead.

Mahomes’ 8-yard touchdown pass to Travis Kelce on the first possession of overtime won the game.

Mahomes beat the Bills using in large part Allen’s game. Mahomes’ running was as big a part of the Chiefs’ victory as his passing. Mahomes rushed for 69 yards and scored the Chiefs’ first touchdown on an 8-yard run.

The Chiefs’ quarterback also threw for 378 yards, and his first touchdown pass was pure Mahomes. He was chased by pass-rush pressure and seemingly unable to see into the end zone. But with defensive end Jerry Hughes bearing down on him, he jumped and threw into the end zone, where Byron Pringle was there to catch the 2-yard throw.