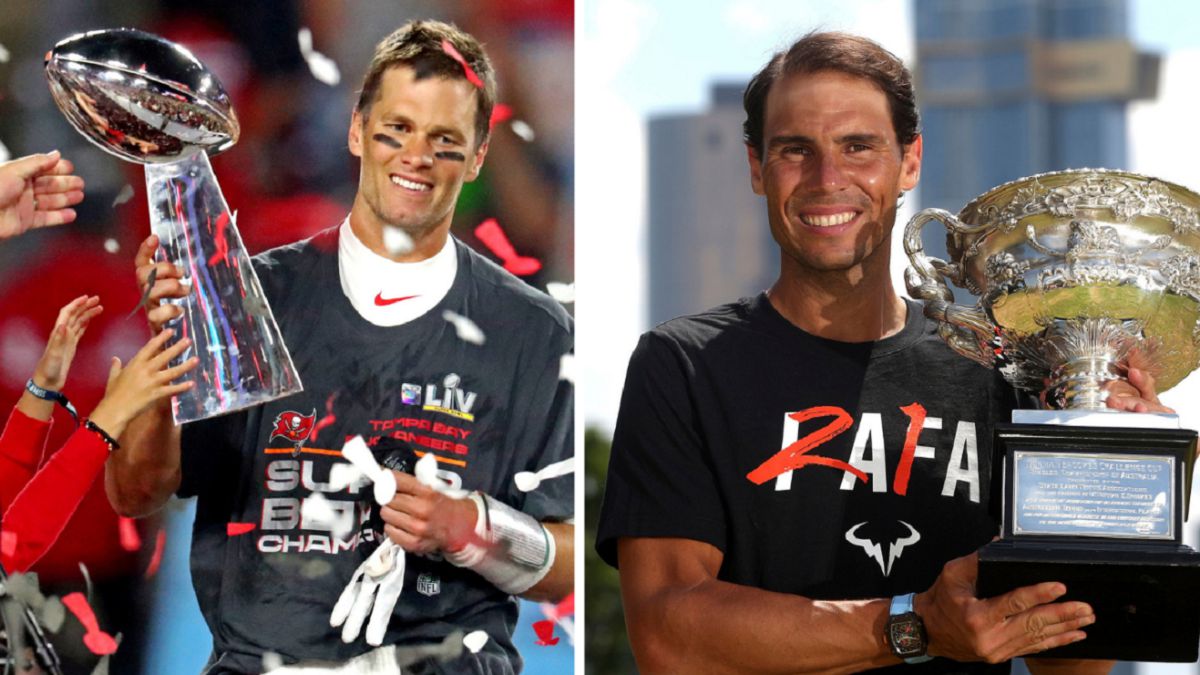 Two news these days, still hot, have brought back to the present the recurrent debate on the choice of the GOAT, that colloquial acronym widely used in the Anglo-Saxon world that responds to the initials of ‘Greatest Of All Time’ and translates as ‘the greatest of all time’. The news, as you might guess, is the withdrawal of Tom Bra­dy, endorsed yesterday by the historic quarterback, seven-time winner of the Super Bowl, and the victory of Reef Nadal at Open de Australia, which has made him the first man to win 21 Grand Slams. Either of the two perfectly meets the profile to be considered the best ever. In your sport or in the history of the sport. But there would also be plenty of arguments to propose to others. Jordan, Tiger, Ali, Schumacher, Federer, Kasparov, Messi, Nicklaus, Serena, Maradona, Latynina, Phelps, Bolt, Djokovic, Pelé, Merckx, Graf, Louis, Russell, Rossi, Hamilton, Nurmi, Court, Agostini, Laver, Owens, Spitz, Kipchoge… The list is endlessly sweet. Who has been the best? Well you know.

The resolution faces the first difficulty of comparing incomparable sports. Then there is the geographical influence: in Europe cyclists will be valued more as Indurain or Hinault, Meanwhile in North America will highlight baseball legends, such as Babe Ruth; of American football, as Montana; or ice hockey, like Gretzky; and in the Nordic countries will target Daehlie, Bjorgen y Bjorndalen, Olympic winter myths. Where are, moreover, those who only compete against themselves, like the mountaineers Messner and Bonatti? Not even in a single sport would there be consensus. Is Nadal the best tennis player in history? Some people will prefer the style of Federer, the effectiveness of Djokovic, the irruption of Borg… Let’s better enjoy all of them. And let’s continue debating, which is healthy.