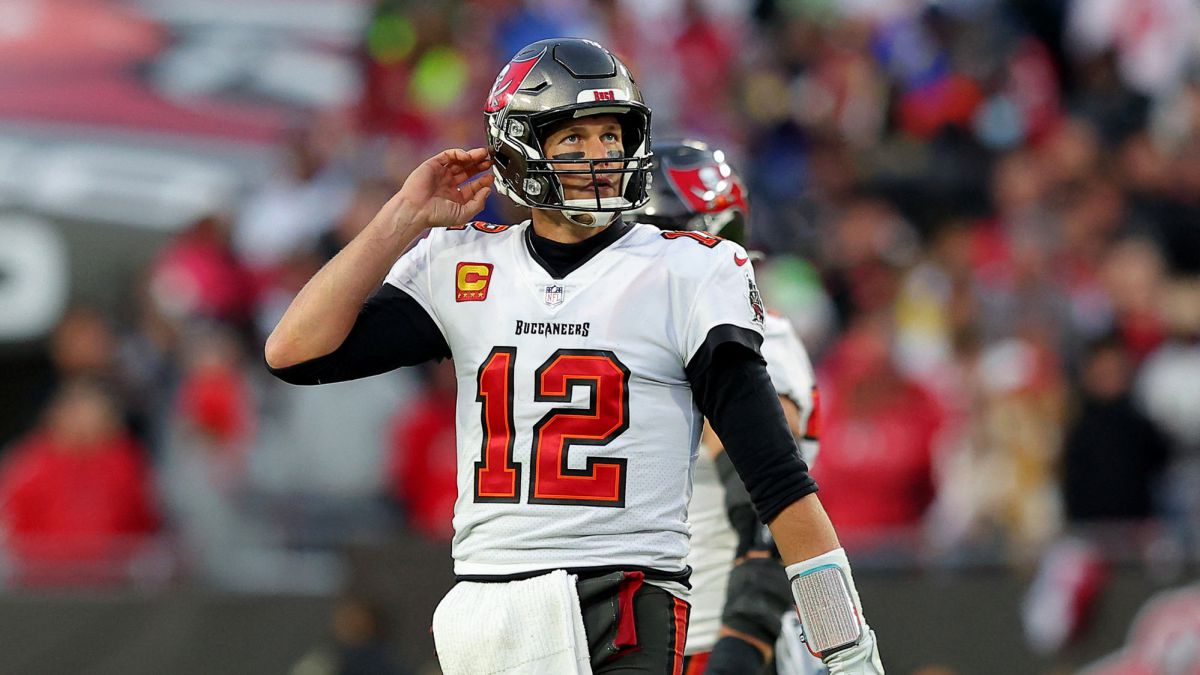 A few weeks ago, it was a pipe dream. Just a few days ago it became a rumor. This Tuesday, the withdrawal of Tom Brady became a reality. The quarterback announced in a statement published on his social networks that he is saying goodbye to the NFL at the age of 44, after 22 seasons and seven championship titles.

The news began to circulate through the US media weeks ago and, last Saturday, the renowned Adam Schefter, along with Jeff Darlington, both of ESPN, They announced a story that Brady himself, through his agent and a call to Jason Licht, general manager of the Tampa Bay Buccaneers, the last team he played for, ended up denying. “I understand the speculation about Tom’s future. Without going into the truth or not of what has been said, he will be the only one who will express his plans with total reliability. He knows the reality of the football business and calendar planning, so he will do it soon,” said Don Yee, the player’s representative. The confusion was such that even his own TB12 brand published a tribute tweet that was later deleted.

The statement issued this Tuesday by Brady reads as follows: “I’ve always believed that football is a all in. If there is not a 100% competitive commitment you will not be successful, and success is what I love most about this sport. There is a physical, mental and emotional challenge EVERY day that has allowed me to maximize my potential. And I have given my best in the last 22 years. There are no shortcuts on the road to success on the field or in life. This is hard for me to write, but here goes: I’m not going to have that competitive commitment anymore. I’ve loved my NFL career, and now it’s time to focus my time and energy on other things that require my attention.”

Little else was left to prove to Tom Brady. His successes speak for themselves to define him as the best of all time (‘GOAT’, as they call it in the United States). He has won seven Super Bowls, more than anyone in history (in fact, no franchise has more than six). He won the first six with the New England Patriots, a team with which he entered the league back in 2000, and where he spent 20 years as a legend at the hands of Bill Belichick. The last one he won last year, in his first season with the Tampa Bay Buccaneers.

But Brady’s career hasn’t always been smooth sailing. Selected 199th in the 2000 Draft, few thought that this Michigan quarterback, with a non-athletic body, could become an important player in such a demanding league. His first year was spent on the bench and, in the second, Drew Bledsoe’s injury opened the door for him to become a starter that he never let go of again. He ended up leading the Patriots to win the first Super Bowl in their history in 2001. The next two came in 2003 and 2004. The remaining three with the Patriots came in 2014, 2016 and 2018. In between, he left legendary moments, such as the Super Bowl in which he came back from the Atlanta Falcons 28-3. It was in 2020 when Brady surprised the planet by announcing his departure from New England after 20 years. He chose Tampa Bay as his destination, and that same year he showed that he had not been wrong with his choice by winning his seventh championship.

Not even Tom Brady, with that aura of invincibility, was spared career injuries. In 2008 he suffered a serious injury to the ligaments in his left knee. That did not stop a Brady who, if he has stood out above everyone else, has been in his ability to stretch his career without losing an iota of physique or quality. In a sport where the average retirement age is 27, The Californian has won four championship rings between the ages of 37 and 44, possibly displaying the best game of his career.

And it is that, surely, Brady still had years of good game left. In this 2021 season, the last of his journey in the NFL, Tom Brady has continued to add scandal figures. He has broken the record for passes completed in a season with 485, has achieved 5,316 passing yards (best figure of his career). In addition, he has become the player with the most passing yards in history, with 84,520. And he’s had his team, the Tampa Bay Buccaneers, fighting for everything once again, being eliminated in the Divisional round by the Los Angeles Rams in a tight final.

A total of 363 games played (47 of them in the playoffs), 278 wins, 10 times in the Super Bowl, seven championship rings, five times Super Bowl MVP, three times regular season MVP, 15 times chosen for the Pro Bowl… Tom Brady’s career will always be linked to monstrous figures, unattainable for any mortal. He says goodbye having distributed 97,569 passing yards between the regular season and playoff and 710 touchdown passes. No one in history has more passing yards or passing touchdowns than him, and it will hardly be surpassed in a while. And above all, Tom Brady says goodbye having been able to dominate a league as cyclical as the NFL for 22 years, in which it is so difficult to see the same team at the top for several years.

Without a doubt, little else had to prove the greatest player of all time and one of the most successful athletes in the history of the sport. But his retirement, if confirmed soon, will leave a huge void in the NFL and its fans, who continued to be stunned by a 44-year-old quarterback who was capable of winning season after season. When his goodbye is definitively announced, it will be his wife, Gisele Bündchen, and their three children who will have to enjoy the legend of Tom Brady.