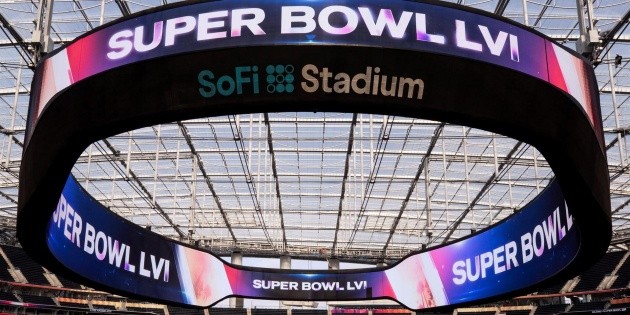 This February 13, the Mexican audience will be able to enjoy Super Bowl LVI on the big screen, thanks to Cinépolis +QUE CINE, the event will be broadcast through the FOX Sports signal. And it will be available in 200 rooms in CDMX and the interior of the Republic, tickets are already on sale.

“After exciting AFC and NFC finals, The duel will take place between the Bengals from Cincinnati vs. The Angels Rams, who will seek the coveted Vince Lombardi and become the champion of this 56th Edition”, highlights Cinépolis.

“Both teams will give it their all, because the Bengals have only reached the Super Bowl twice in their history, in 1982 and 1989, without having obtained a victory and the Rams have reached the Vince Lombardi Trophy only once, against the Tennessee Titans. in the year 2000”.

The broadcast will start at 5:30 p.m. and will be in charge of FOX Sports NFL specialists: José Pablo Coello, Ricardo García, Emilio León, Carlos Rosado and Ernesto del Valle. Remember to arrive early so you can purchase your NFL combo at the candy store without delay.

Without a doubt, it is an experience that you cannot miss, because in addition to the game, in the halftime show we will see a complete tribute to hip-hop, in charge of figures iconic that have marked this musical genre: Eminem, Snoop Dog, Dr. Dre, Mary J. Blige Y Kendrick Lamar.

Thanks to the support of Fox Sports, Cinépolis will broadcast the Super Bowl live from SoFi Stadium not only to NFL fans, but to all those who want to enjoy a sporting event as big and important as this, providing a completely unique experience .

Additionally, for those who are not close to one of these complexes, Super Bowl LVI can also be seen through Fox Sports at Cinépolis Klic.