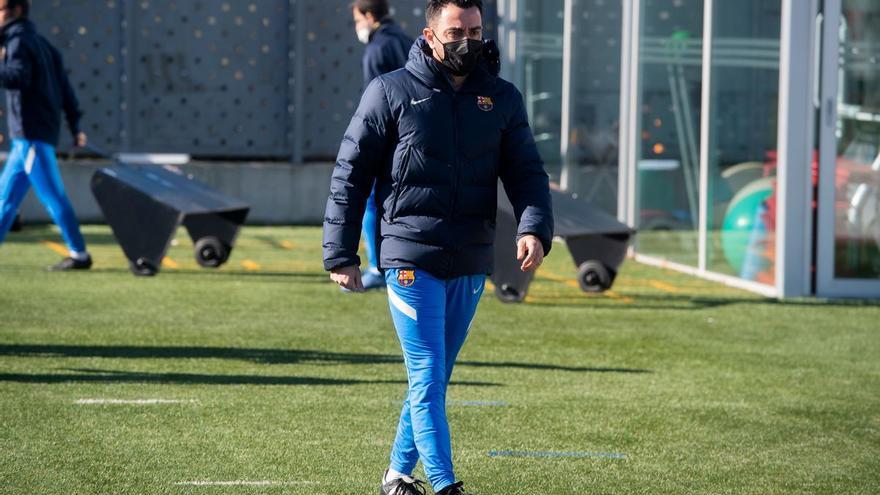 Two weeks after the break, Barça resumed the League. Another Barca. Two new players, which are four in the total winter market, invite us to predict the birth of a new team. Although casualties due to injuries have not stopped and Xavi finds himself with a worrying power plant shortage (Eric, Lenglet and Umtiti are injured) and key men like Ansu Fati and Memphis Depay.

But men like Adama Traore and Pierre-Emerick Aubameyang that give strength to Barça, much needed to face the final four months of the League and qualify among the top four to go to the Champions League next season. That race begins against Atlético, a direct rival (fourth, one point above), solid like few others. Diego Simeone’s team has shown similar signs of weakness as Xavi’s, before Koeman.

“Atletico is another final for us”, Xavi valued, remembering that Atlético is the current champion and Simeone has spent ten years molding the squad as he wanted. With wide sleeves, as Xavi has not had since his recent arrival, due to salary limits. “These are three vital points that are practically worth six, because we would put ourselves fourth and leave them behind,” analyzed the Barça coach.

Happy for the reinforcements, now Xavi’s mission is to extract the maximum performance from all of them. He will dispense with Dani Alves for the Europa League “and I feel bad about it, he will make the decision he makes”, he pointed out, simply because he believes the right-back position is better covered (at the moment he has Dest as a replacement and the possible inclusions of Araujo and Mingueza), than the winger. Despite having Adama, Ferran Torres and Ousmane Dembéle, who is welcomed back as one more although his departure was expected during the market. On the left side only is Jordi Alba, that will play until it bursts. Alejandro Balde, his hypothetical replacement, will be out for a month and a half.

“This team has changed with the signings, we’ll see how far it gives us to compete”

“Ousmane is one more”, assured Xavi. Abde and Jutglà will continue in the dynamics of the first team, but they will play with the reserve team when the schedules do not coincide. Aubameyang is another signing that blocks their path. Braithwaite is also back.

All will be necessary for the decisive stretch that the coach faces “very excited and optimistic”, but has emphasized caution. The results, worse than expected, force him to be restrained. “This team has changed with the signings, we’ll see how far it gives us to compete”, said Xavi. The League title is a pipe dream; the Europa League seduces him, since he never won it as a player.

And Atlético will be a good standard to check Barça’s level, although Aubameyang and Adama debut this Sunday and will have to adapt. “Atletico aren’t going through their best form either, but they are the champions and they have players of a very high level,” he analyzed.

Starting by Luis Suárez, discarded and given away for Barça in the summer of 2020, due to his high profile (33 years old at the time) and his age. Xavi, his former teammate, believes that he should be greeted with an ovation for the goals he gave the club, for having been “the best center forward we’ve had in the last 20 or 30 years together with Etoo”.

Xavi left for Qatar in 2015 and has returned in 2021. Simeone was already Atlético’s coach and is still in the position. The team plays the same, with a style that the Egarense did not like and continues to dislike. At least, for the Barça.

“I don’t think the Blaugrana fans understood this way of playing, with a low block and eleven players behind the ball. It wouldn’t fit in here. And you [los periodistas] You would be the first to criticize it. But it is legal, of course, and titles can be won like this, as has been shown. Simeone has proven to be a great coach because, furthermore, because of how he has convinced his players to play like this”, Xavi pointed out.