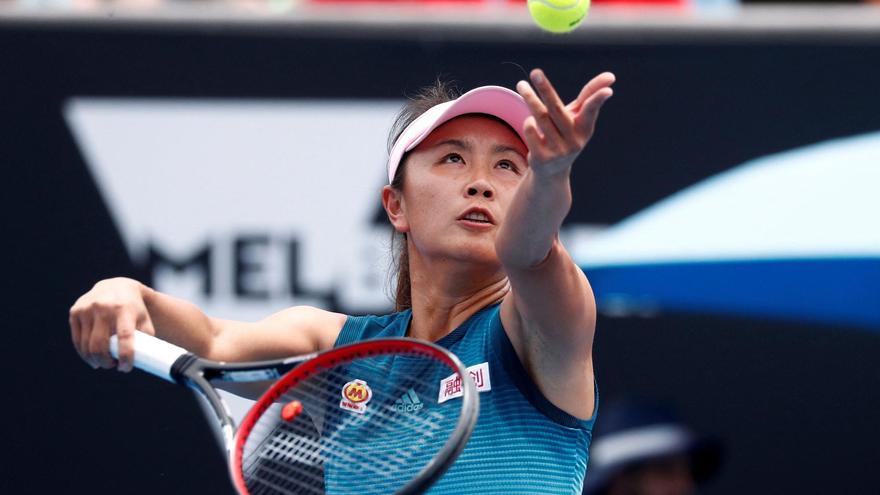 The Chinese tennis player Peng Shuai denied having been sexually abused and assured that the way in which his publications on social networks were interpreted was a “big misunderstanding”, and that “never disappeared”.

Peng made the remarks in a interview with the French sports newspaper ‘L’Equipe’, the first granted to a Western media outlet after revealing on Chinese social networks last November that he kept for years an intermittent love affair with former Chinese Vice Premier Zhang Gaoli, whom she accused of having sexually abused her on one occasion.

Any mention of Peng and Zhang’s relationship is completely censored in China, and questions about whether or not he is acting under duress have caused the WTA decided in December to suspend the tournaments held in the Asian country.

“I never said he sexually assaulted me”says Peng in the interview.

According to the tennis player, former number 1 in doubles, the text she published on the Weibo social network in November generated “a great misunderstanding” abroad, and now he trusts that the case “stops being distorted”.

“I hope this will stop being hyped,” says Peng.

The tennis player adds in the interview that deleted the post later because he wanted and that at no time disappeared.

“My private life, my feelings, should not be mixed with politics or sports,” cries Peng, who also reveals that last Saturday he had dinner with the president of the International Olympic Committee, Thomas Bach, a meeting during which they spoke about the “future plans” of the player.

Peng granted the interview on the condition that it be conducted in Chinese and that will be published on the Internet without the possibility of leaving comments, assures the Hong Kong newspaper South China Morning Post.

Until now, the WTA continues without trusting that the tennis player can express herself freely or that she is not being coerced.

Since the case broke out, the aforementioned organization has ensured that the videos in which she could be seen or her telematic conversations with Bach they do not alleviate “concerns” for their well-being or for their ability to communicate “without censorship and coercion.”

Until he appeared at the end of November in a telematic call with Bach -in which He assured that he was well at his house in Beijing., only media related to the Chinese government had shown images of her on the social network Twitter, completely censored in the Asian country.