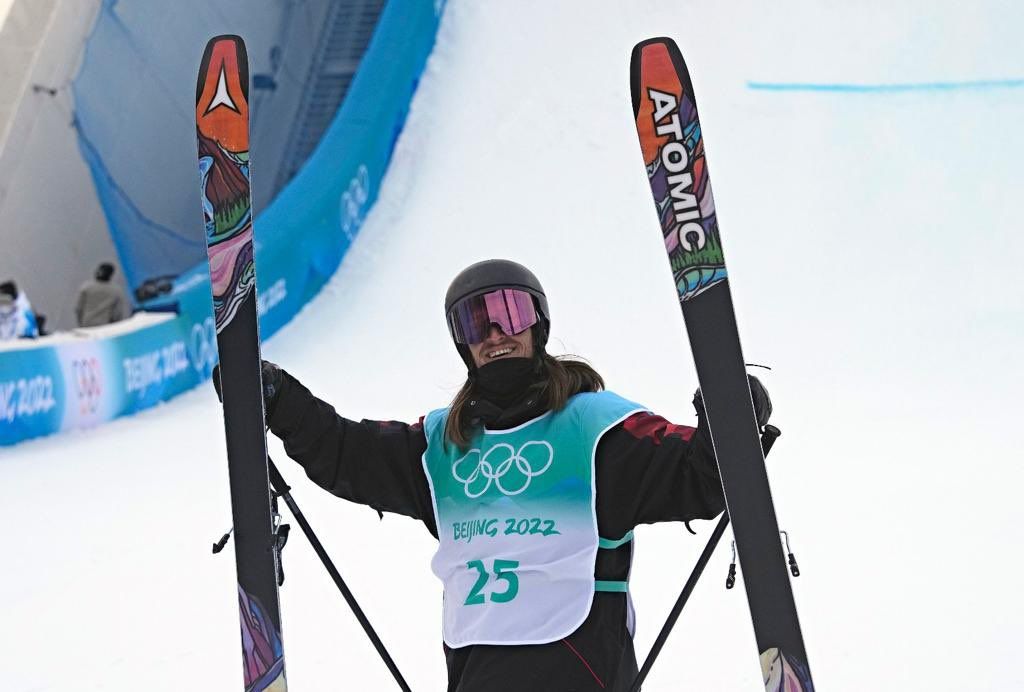 Javier Lliso, 24 years old, a Madrid native from Colmenar, at the foot of the famous mountain range, will fight this Wednesday for the medals in the Big Air in Beijing, between factories and temples, on artificial snow. With his long hair, covered by the safety helmet, he wanted to give the big surprise and caused the first joy to the Spanish delegation to become the first athlete from the south of the Pyrenees to sneak into an Olympic acrobatic ski final.

It was the first time that Spain participated in acrobatic skiing at the Games. And not only with one participant, but with two; Lillo and Thibault Magnin, who had aroused great expectations and who entered the list of favorites to obtain a place in the grand final of the modality. However, the Spanish skier with a Swiss father had a fateful day at the Big Air in Beijing.

Here is the VIDEO with his great first round, where he finished fourth#Beijing2022 @RFEDI

He, like the rest of the participants. He had to perform three jumps, dazzle the jury with the best tricks, and, above all, avoid falling or touching the snow with his hands after landing after the stunt. He, like everyone else, had the cushion to cancel the worst of the three jumps. But it was only worth a miss; not two. Magnin, in his first performance, he touched the snow with his hand and in the second jump he stumbled on landing. The third round was only good for him to ski and enjoy, because he already knew that he was eliminated.

Lillo, however, presented himself without pressure and knowing that the door to the final was open, as was the case with the rest of the participants. The first jumped full of morale. And even more so when it was seen that he was in third place, on the way to the podium. He finished the series in fourth position. Don’t worry, there was no need to risk in the second and third rounds. That’s why he went to insure. There was no need to perform tricks that could precipitate disaster. With the ninth place will be on Wednesday morning among the 12 chosen to fight for the medals.

👏 @JLlisoPodium embroiders on #freeski and manages to qualify for the bigair final @Beijing2022 !

☄️Two tricks allow him to add 170.75 pts and get the 9️⃣ place that will lead him to his first Olympic final

Hard. Surely yes. Impossible? Everyone starts from scratch and everyone has the same possibilities. They know that neither the best nor the worst is worth it jury score that, despite the advancement of computer techniques, writes down his impressions on paper. They are the ones who will decide on Wednesday the metal of the Olympic medals and diplomas. It is not worth falling, nor trusting a non-existent popular jury. This is sport and not a festival.

smooth, 25 years old in August, trained at the Colmenar Ski Club and is in love with surfing and skateboarding when there is no snow in the mountains and you have to find an alternative with waves or a scooter. His best specialty is slopestyle, a modality that will be held next week in Beijing (also with the participation of Magnin) and where you have to perform various tricks on various obstacles, not only in the Big Air where you only perform a single jump.

The Navarre skier Adur Etxezarreta has completed this morning the best performance of a Spanish alpine skier in the downhill modality at the end of the race, which was suspended on Sunday due to strong wind, in 17th position, with which he surpassed the classification made by the historic Paquito Fernández Ochoa in the 1980 Lake Placid Games. For her part, the Catalan Núria Pau he was unable to complete the giant’s second moto. In the descent the gold medal was won by the Swiss Beat Feuz, champion of the last four editions of the World Cup. The Olympic giant champion has been the Swedish Sarah Hector.