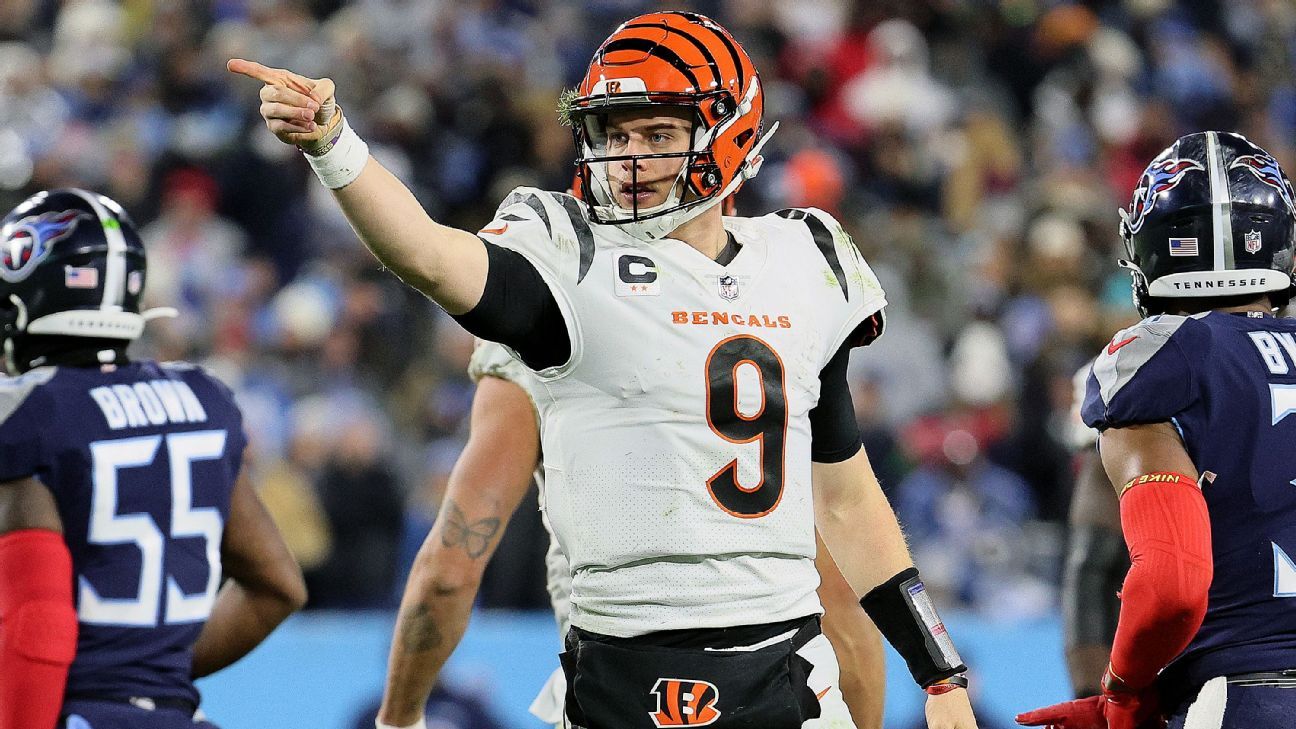 Cincinnati Bengals quarterback Joe Burrow can light up one more victory cigar — at least if the virtual prediction of Sunday’s Super Bowl ends up coming true.

In the official Madden ’22 simulation of Super Bowl LVI, the Bengals knock off the Los Angeles Rams, 24-21, at SoFi Stadium in Los Angeles and it is Burrow, the second-year quarterback out of LSU, who becomes the game’s Most Valuable Player.

Burrow, who completed 32 of 44 passes for 317 yards, two touchdowns and an interception, led Cincinnati down the field to set up kicker Evan McPherson for a 49-yard game-winning field goal as time expired to give Cincinnati the win.

After Burrow’s initial touchdown, it was all Los Angeles in the first half. The Rams took a 14-7 halftime lead with a 4-yard touchdown run from Sony Michel and a 32-yard touchdown reception from Matthew Stafford to receiver Cooper Kupp.

In the only score of the third quarter, Cincinnati cornerback Eli Apple picked off Stafford and returned it 29 yards for a touchdown to tie the game at 14-14. Higgins’ score in the fourth quarter gave Cincinnati a 21-14 lead.

The Rams would respond with an 18-yard touchdown catch by Odell Beckham Jr. (7 catches, 89 yards) to tie the game at 21-21, setting up Burrow’s final drive and McPherson’s game-winning kick.

Los Angeles cornerback Jalen Ramsey had one interception and defensive lineman Aaron Donald had four tackles and two sacks. Safety Eric Weddle, who came out of retirement for the playoff run, had eight tackles.

For Cincinnati, safety Vonn Bell led the Bengals with nine tackles, followed by linebacker Logan Wilson with eight. Running back Joe Mixon had a game-high 78 rushing yards on 18 carries while also catching five passes for 40 yards.

The Madden simulation has been right about half the time in recent years. It missed on last year’s Super Bowl — predicting a 37-27 Kansas City Chiefs win which ended up being a 31-9 Tampa Bay Buccaneers blowout in reality. The game got Super Bowl LIV right in both the Chiefs beating the San Francisco 49ers and Patrick Mahomes being the MVP.