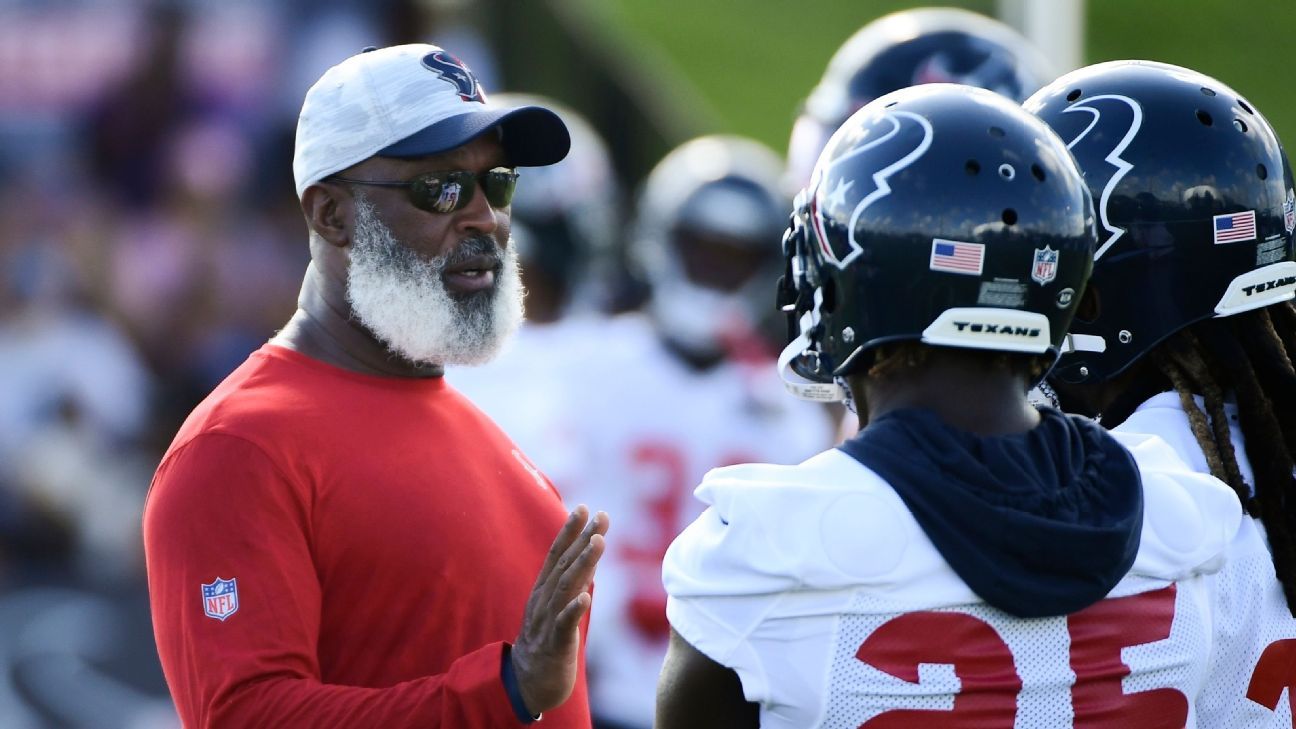 The Houston Texans are now in talks with their associate head coach and defensive coordinator Lovie Smith about potentially becoming their next head coach, sources told ESPN’s Adam Schefter and Field Yates on Sunday.

The Texans have included Smith in their discussions all along, but his candidacy has gained steam in recent days, a source said.

Josh McCown will not be the Texans’ next head coach, and if Smith is hired, their offensive coordinator is expected to be current quarterbacks coach and passing game coordinator Pep Hamilton, not McCown, a source told ESPN’s Sarah Barshop.

Smith was previously an NFL head coach with the Chicago Bears (2004-12) and Tampa Bay Buccaneers (2014-15). He joined David Culley’s Texans staff in March last year after being fired after five seasons as head coach at the University of Illinois.

Smith has an 89-87 record as an NFL head coach and was the 2005 Associated Press Coach of the Year.

McCown was under consideration despite never coaching above the high school level. He first retired in 2019 after 17 years as an NFL quarterback and took a job as a high school quarterbacks coach in Charlotte, where his sons played. He continued to coach after coming out of retirement later in 2019. The Texans also interviewed McCown last year for the position eventually filled by Culley.

The Texans fired Culley on Jan. 13 after just one year at the helm. Houston went 4-13 in Culley’s single season.